It was the week of my roommate Jeremy’s birthday. It was a Thursday night and he wanted to go downtown, since he was only turning 20. I was anti-downtown, but it was his birthday and decided to go anyway. I decided to be the DD that night since I really didn’t like downtown anyway. Once 2 am came around we hit the doors to head home. Once we made it to the parking lot by where we were parked I turned around to take a head count, that’s when I noticed Krystal and her friend Amber walking to their car. For whatever reason I thought it would be a good idea to get in their car. That’s when I looked at my friend Chase and said, “forget you guys I’m going with these chicks”. I proceeded to walk to the car and get in the back seat as they were getting in the car.

As soon as Amber noticed I was in the back seat she turned around and said “this can’t happen”. At that moment my roommate Matt Butler decided to join me in the backseat. Right after Matt got in the backseat Krystal turned around and said “Hi I’m Krystal”. My jaw dropped, I was in awe. All I kept thinking was “don’t screw this up”. We took up on small talk and found out we had a lot in common. I asked Krystal for her number. Doubting my sobriety and if I would call the next day she gave it to me her number saying your not going to call. I assured her that I would call her by 2pm. Well needless to say I didn’t call at 2, I had to keep her on the hook, I shot her a text at 6pm and the rest is history. 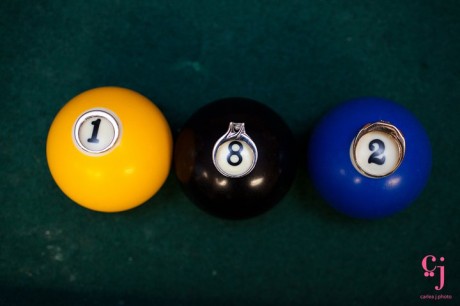 It was February 16, 2006 and my friend Amber and I, for the last few months, had been having issues with boys and other various aspects of our lives so we decided to have a girls’ night out. We were only 19 at the time so we had to go downtown to the 18 and up places on college night. We danced and had an amazing time; it was the best night we’d both had in a long time. We’re walking to the car and agreed that we were tired and ready to end the night on a high note and were going home to go to sleep. I hear a group of guys behind us and we called ourselves ignoring them because we were over it and boys were the last things on our minds.

Next thing I know I hear someone behind me saying “forget you guys, I’m going with these chicks,” so I turned around and all I saw were gorgeous teeth (my weakness). Amber looks at me and says, “Get in the car!” I was a little bummed because I thought he was hot but I sucked it up and got in. Before I could sit down he’d already gotten in the back seat. Instead of freaking out, I turned around and introduced myself. He said his name was Josh and after chit chatting for a minute or two, while Amber entertained his friend Matt who had also jumped in, I assumed he was too drunk to remember that I was giving him my number. I figured if he called, great and if not, I wasn’t at a loss. He promised he’d call at 2pm the next day. At 6pm I get a text message saying “Hey, it’s Josh from last night, I told you I wouldn’t forget”. After a couple of difficult times trying to hang out, we finally got it together and have been inseparable ever since. Who would have ever thought that a random guy jumping in my friend’s car would become my best friend and I would eventually marry him. God is so unpredictable!

Tap to Call
Request A Quote